Reggie Burrows Hodges (b. 1965, Compton, CA) is a Maine-based painter whose works explore storytelling and visual metaphor. Hodges’ works uncover universal subjects such as identity, community, truth, and memory, and often draw inspiration from his childhood in Compton. Starting from a black ground, he develops the scene around his figures with painterly, foggy brushwork, playing with how perception is affected when the descriptive focus is placed not on human agents but on their surroundings. Figures materialize in recessive space, stripped of physical identifiers. Bodies are described by their painted context, highlighting Hodges’ embrace of tenuous ambiguities and his close observation of the relationship between humans and their surroundings. Their quiet haziness, developed with the soft touch of Hodges’ hand, probes the imprecision of memory and examines the possibility that we are all products of our environment. Hodges studied theatre and film at the University of Kansas.

Hodges is a 2020 recipient of the annual Joan Mitchell Painters & Sculptors Grant. As the 2019 recipient of the Ellis-Beauregard Foundation Fellowship in the Visual Arts, Hodges will be the subject of a solo exhibition at the Center for Maine Contemporary Art, Maine in 2022.

Born 1965 in Compton, California. Lives and works in Lewiston, Maine 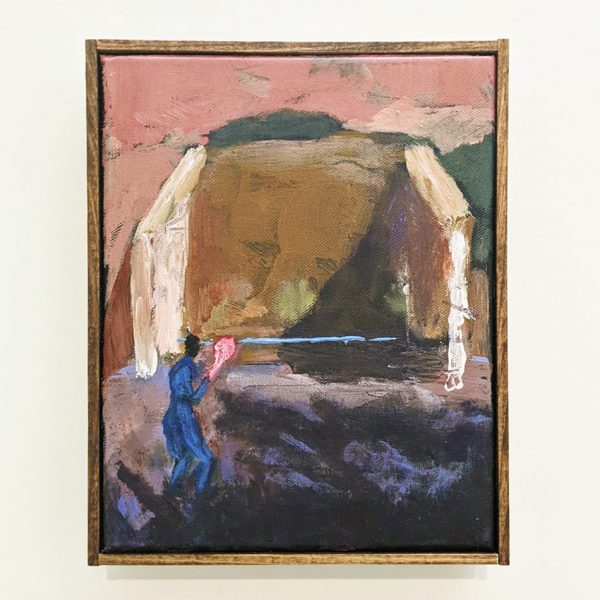 Display only. Sold through pre-sale arrangement with the artist and Karma Gallery with proceeds to benefit MECA's Student Scholarship Fund. Available to view at the ICA at MECA June 17-20.
Quick view