Katherine Bradford (born 1942) is an American artist based in New York, best known for paintings of swimmers, superheroes and ships that critics describe as simultaneously representational and abstract, luminous, and richly metaphorical. She began her career as an artist relatively late in life and has achieved her widest recognition in her seventies, through New York gallery shows at CANADA, Sperone Westwater, and Edward Thorp. Writing
about her work’s adventurousness, open-ended process, refusal of canonical either/or conundrums (representational-abstract, formal-narrative) and relevance to younger artists, critic John Yau called Bradford, among others, an “important figure in an alternative history that has yet to receive the attention it deserves.” 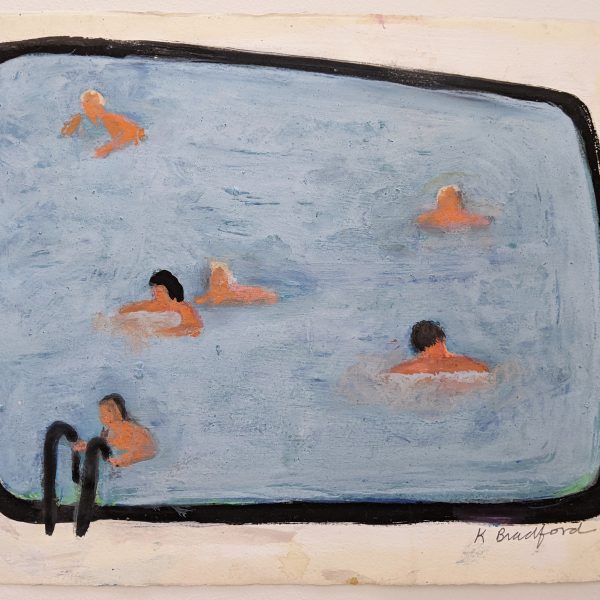