Daniel Minter is an American artist known for his work in the mediums of painting and assemblage. His overall body of work often deals with themes of displacement and diaspora, ordinary/extraordinary blackness; spirituality in the Afro-Atlantic world; and the (re)creation of meanings of home. Minter works in varied media — canvas, wood, metal, paper. twine, rocks, nails, paint… This cross-fertilization strongly informs his artistic sensibility. His carvings become assemblages. His paintings are often sculptural. Throughout Minter’s work he embeds a kind of codex, a set of symbols called “keys” that tell a complex and layered story centered in an African American historical context yet are connected to Black histories in the Caribbean, West and Central Africa, and especially, Brazil. “I am finding ways to visually express the notion that all forms of life hold all other forms in themselves. We have the capacity to be in a quantum exchange with each other and all of forms of life in the universe”. 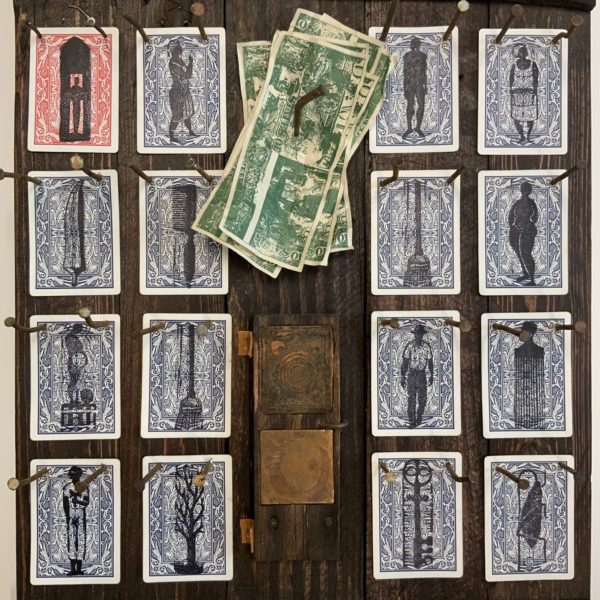