Born in Windsor, Vermont, on November 12, 1917, Dahlov Ipcar grew up in New York City’s Greenwich Village. While she showed artistic talent at an early age, her parents William and Marguerite Zorach–both famous artists–did not believe in “art instruction” per se. Consequently, Dahlov was never enrolled in art schools or art courses as a child. Nevertheless, the Zorachs provided their personal encouragement and inspiration, allowing Dahlov the freedom to develop her own unique style. When she married in 1936, she and her husband Adolph Ipcar eventually moved to a small dairy farm in Georgetown, Maine, where she lived for the rest of her life. In 1939 she had her first solo exhibition at the Museum of Modern Art in New York City, the first of many solo shows over the next forty years. Dahlov’s works are now in the permanent collections of many important art institutions such as the Metropolitan Museum of Art, the Whitney, and the Brooklyn Museum in New York. Dahlov has written and illustrated thirty children’s books of her own. She has received many awards, including the Maine In America Award, presented by The Farnsworth Museum, an honor given to an individual or group who has made an outstanding contribution to Maine and its role in American Art. Dahlov lived her remaining years to the fullest, continuing to paint in spite of increasing difficulties with macular degeneration. Though she passed away February 10th, 2017, at age 99, Dahlov continued to produce her fanciful works at her home and studio right up to the end. In 2013, MECA awarded Dahlov Ipcar with the Award for Leadership as a Visual Artist and the Honorary Degree of Doctor of Fine Arts. In 2014, MECA created a set of limited edition woodblock prints based on her iconic oil painting, Odalisque (1960), in collaboration with master printer David Wolfe, under the supervision of the artist, the sales of which benefit MECA’s Student Scholarship Fund. 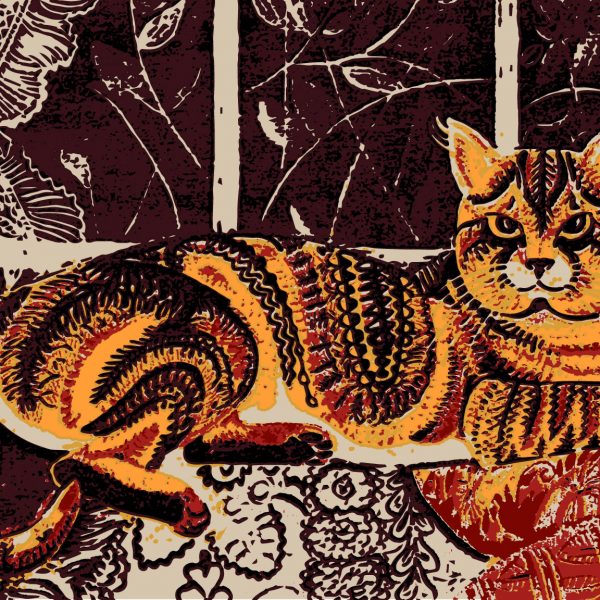